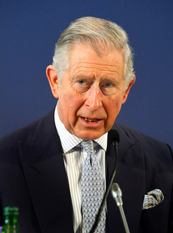 After reading one of your articles on the Context website suggested by my nephew I
started looking around. I eventually ended up reading your article 'The G-G and GG'
when I noticed that you described Prince Charles as 'the man who shouldn't be king'. To
toss such a throw-away line in an article about another person entirely struck me as
odd. Perhaps you would be willing to clarify what you meant?

Especially, when later in the same article you suggested Her Excellency should convene
a meeting to discuss religion and science. Now Her Excellency has no experience in
doing this but it just so happens that Prince Charles prides himself on his ability to
gather different groups together to discuss issues. For instance in 2009 he organized
the Prince's Rainforest Project with a guest list that included 8 heads of government, 4
British cabinet ministers, the President of the European Commission, the Secretary
General of the UN, and a hodgepodge of ministers from other nations. By 2010 donor
countries had agreed to put forward $4 billion in investments towards rainforest protection. His ability to gather people together to work towards solutions to the
world's problems will only increase as king (even if he has to be more circumscribed in
what he actually says). I await your response.

Many thanks for your courteous letter. I continue, myself, to support the monarchy,
and particularly its current incumbent, our redoubtable Queen. As for Prince Charles, I
have considerable compassion for him—I expect his upbringing was challenging—but
he seems to me to be largely feckless and morally rather adrift, particularly in his
romantic life but in public life as well. I do not dispute your pointing to some worthy
projects of his, about which I am not informed or competent enough to speak. But my
quick comment about him—even allowing for the sarcasm typical of the popular genre
in which I was writing—was not uttered without considerable thought, and I appreciate
your inquiring about it.

Nonetheless, should HRH accede to the throne, he will have my full support as a loyal
subject of the Crown as I remain,